The training will also continue in different parts of the country, with a view to combating domestic violence, especially violence against women and children.

In Rwanda it is common to hear of spouses who have killed, raped children or committed suicide as a result of family problems, which have been around for a long time but have not been prevented early and were possible. 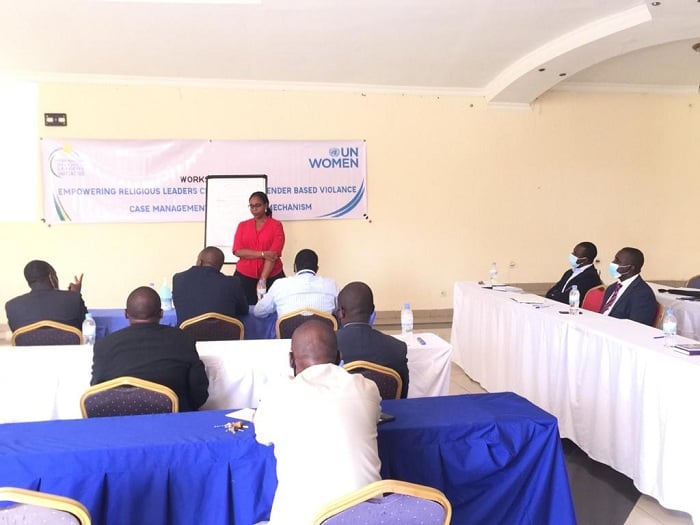 This was part of the workshop organized by the Rwanda Religious Leaders Initiative, funded by the UN WOMEN, which took place on May 01, 2021, with all Champions in the Northern Territory do not have the task of mobilizing Christians in the denominations and churches involved, to end domestic violence and child abuse altogether.

Rev Pasteri Matabaro Mporana Jonas, who attended the training on behalf of the Rwanda Religious Leaders Initiative in the Northern Province, said the training was aimed at empowering Religions and Churches with strength and knowledge to fight domestic violence, contribute to nation building and prevention of violence.

“When there is violence in the family and all its descendants have problems, the problems are with their neighbors and the country as a whole, the country with violence does not exist, but in the training we saw today we are grateful that Rwanda has chosen the path to eradicate violence,” he said. “We can overcome the violence by using our own strength and our faith and the efforts of the government.”

More than 25 religions and churches from all over the Northern Province were represented at the training, including the Champion, such as the Catholic Church, the Anglican Church, Islam, the Evangelical Restoration Church and many more.

Some of the Champion trainees say they have gained a wealth of knowledge and are going to share it with others in an effort to eradicate conflict and domestic violence. 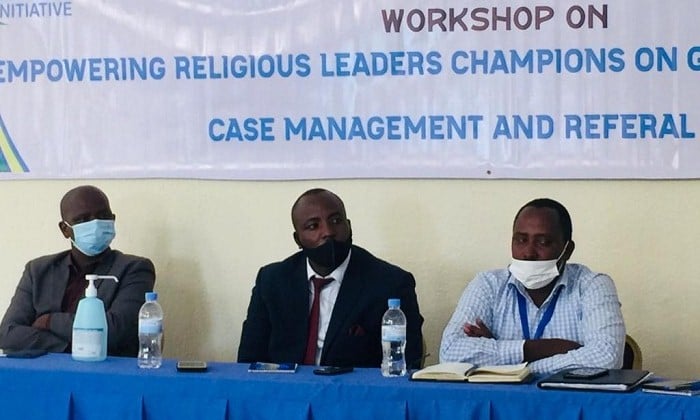 Kiyobe Aline, a worshiper at Zion Tample, said she sees the violence more often, and is determined to make a contribution to preventing it by striving to find peaceful families free from conflict.

“I have a clear understanding of what violence is, and we see that most of the women, especially those who are abused, are ashamed of it and are ashamed to reveal it, which makes it worse. I am going to make a contribution to the prevention of domestic violence by educating the people to approach the authorities to prevent the spread of various deaths across the country, ”he said.

Bishop Alpfed Gatabazi, leader of the Rwanda Religious Leaders Initiative, said the organization was set up to build a safe and secure conflict-free community, especially in the advancement of women and girls and any other vulnerable child.

The evangelist said there would be more training to be used to reach a larger population, with the aim of eradicating family conflicts, which would continue throughout the country.

“It’s a long way, we just have to train a lot of people to make their voices heard in the public, it’s a long way to go, we have to do it today, we worked in Musanze, but we plan to deliver these lessons in five districts, but what we want is that these teachings will continue to reach Rwanda,” he said. “It simply came to our notice then.

The offenses stemming from family feuds include beatings and injuries, killings, forced sexual abuse and rape of children from 9064 crimes in 2019 to 10,842 last year.

Some of the measures taken by the Champion include the organization of scholarships at various institutions related to the resolution of domestic violence and conflicts, including the Isange One Stop Center, in order to determine the functioning of these institutions, and to conclude cooperation agreements in conflict resolution. families.

They are also committed to providing assistance in addressing the challenges facing Rwandan society, as religious and church members work together to bring justice to the perpetrators, to provide speedy advocacy where the police do not reach out to Religious and Congregationalists and to provide urgent and informed advocacy. given fair justice where they will go with the help of technology. 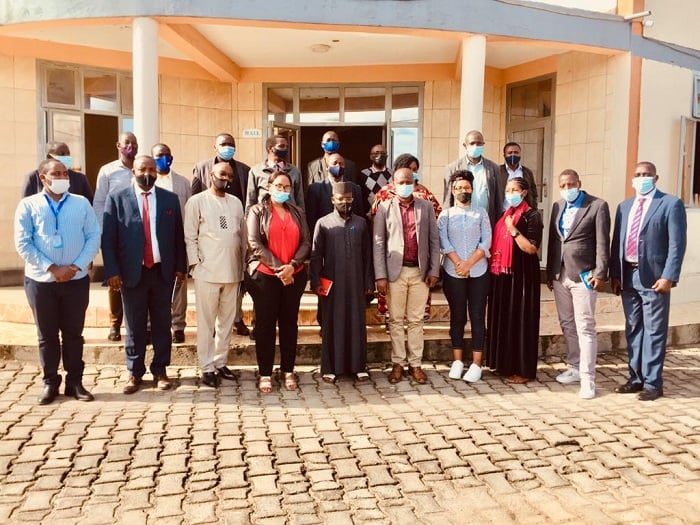 The trainees are also committed to finding people who are knowledgeable in the field of psychology, with a view to resolving the issue of conflict that threatens the country.

The Rwanda Religious Leaders Initiative, a Kigali-based non-governmental organization, has been in charge of religious and church work across the country for more than five years after its founding in Musanze District, which is set up to promote the voice of religion and churches in building the Rwandan community but in collaboration with the private sector.